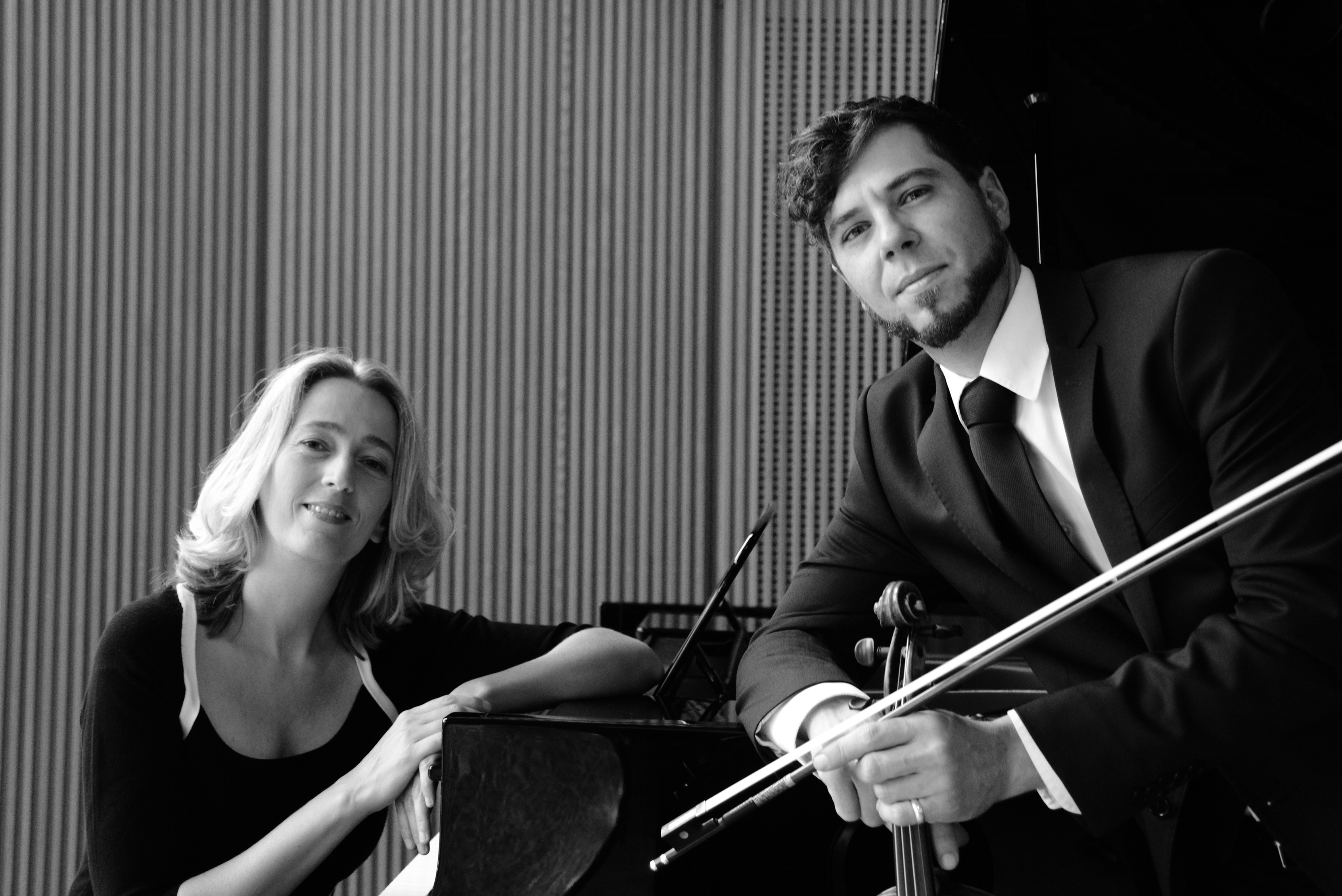 Johannes Krampen and Katja Küppers have been friends and colleagues for many years. The recordings for Johannes Krampen’s debut album Violosophy vol. one- modern music in post modern times have intensified their professional relationship and since then they often appear and play together on stage. They are united in the search for honesty in their musical interpretation, a taste for the stirring up of musical styles and the conception of extraordinary concert programs. They are influenced by all musical genres and experiences and manage to combine exactness with a freshness and extravagance to open up and explore the detail of the performed compositions. The joy and passion for playing their instruments is vivid coupled by technical perfection and interpretational inventiveness. Both musicians are driven by a fervour for the interpretation of modern music that they both believe will develop rapidly in this century. Katja and Johannes consider composers such as John Thrower and Michael Berkeley, who incorporate all genres and composing styles in their works, to be the pioneers of the classical music of the future.