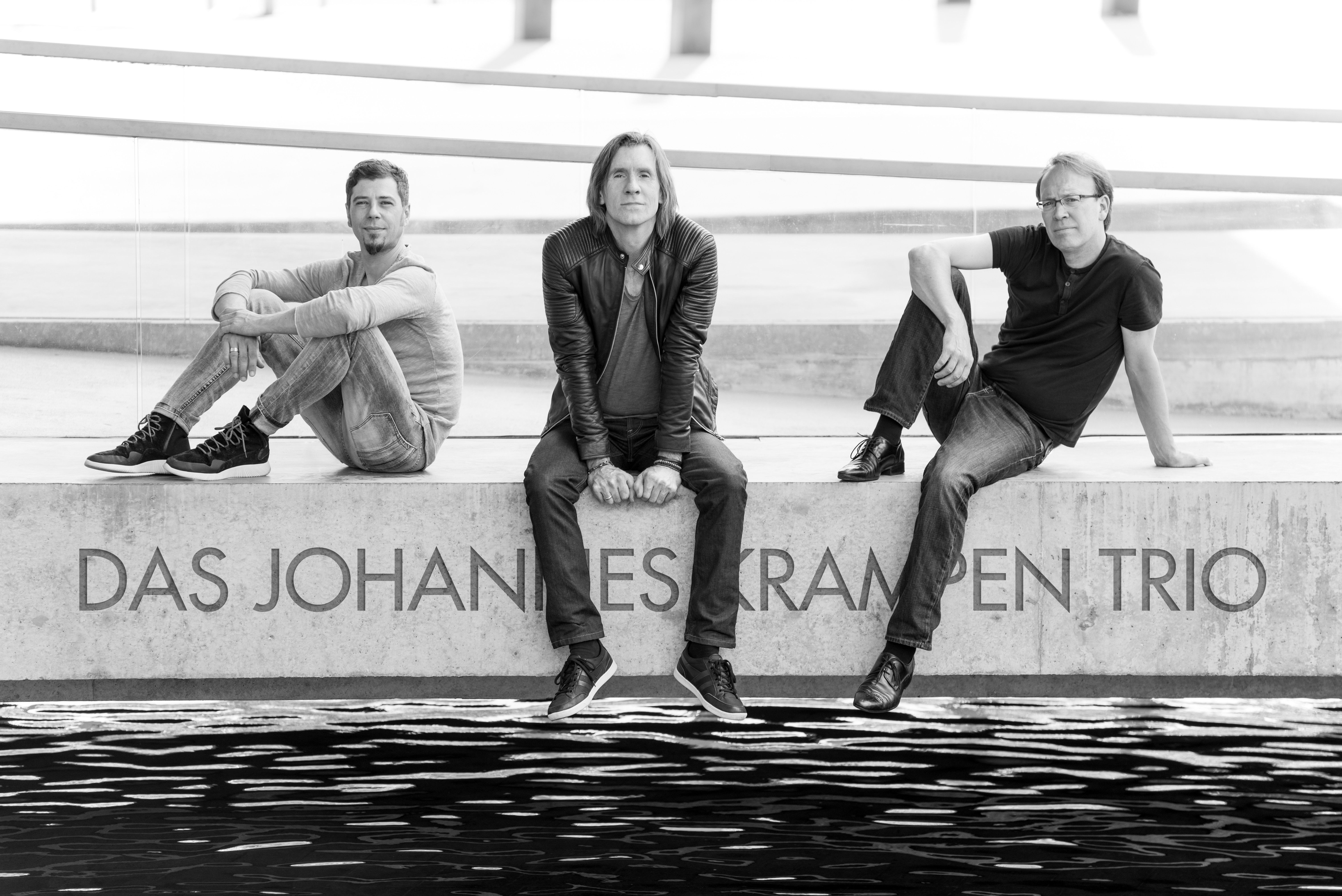 The Johannes Krampen Trio was formed in 2014 for the first time, to play a spontanious promotion-gig according to an outstanding project of the Stuttgarter Symphoniker. In this occasion they composed an adorable arrangement of the schindler’s list theme and produced a live-video of their performance.

In this situation of planning and developing this first arrangement, the three thoroughbred musicians discovered their collective love for the elaboration of outstanding compositions.

According to this they create and compose regularly new pieces with their special new sound:

In the interaction of their different musical experiences and the mixing of their varying musical homelands, they reach to awake new arrangements of rousing timbres, grooves and melodies on hoghest level to life.

The concert program smile – the essence of film music presents grand and infamous film music compositions for orchestra. Works that were originally written as suites, symphonies or themes for larger ensembles of up to 100 players have been rearranged by the three artists in their symphonic chamber pop concept. The consolidation of generous melodic content has given form to fabulous new compositions.