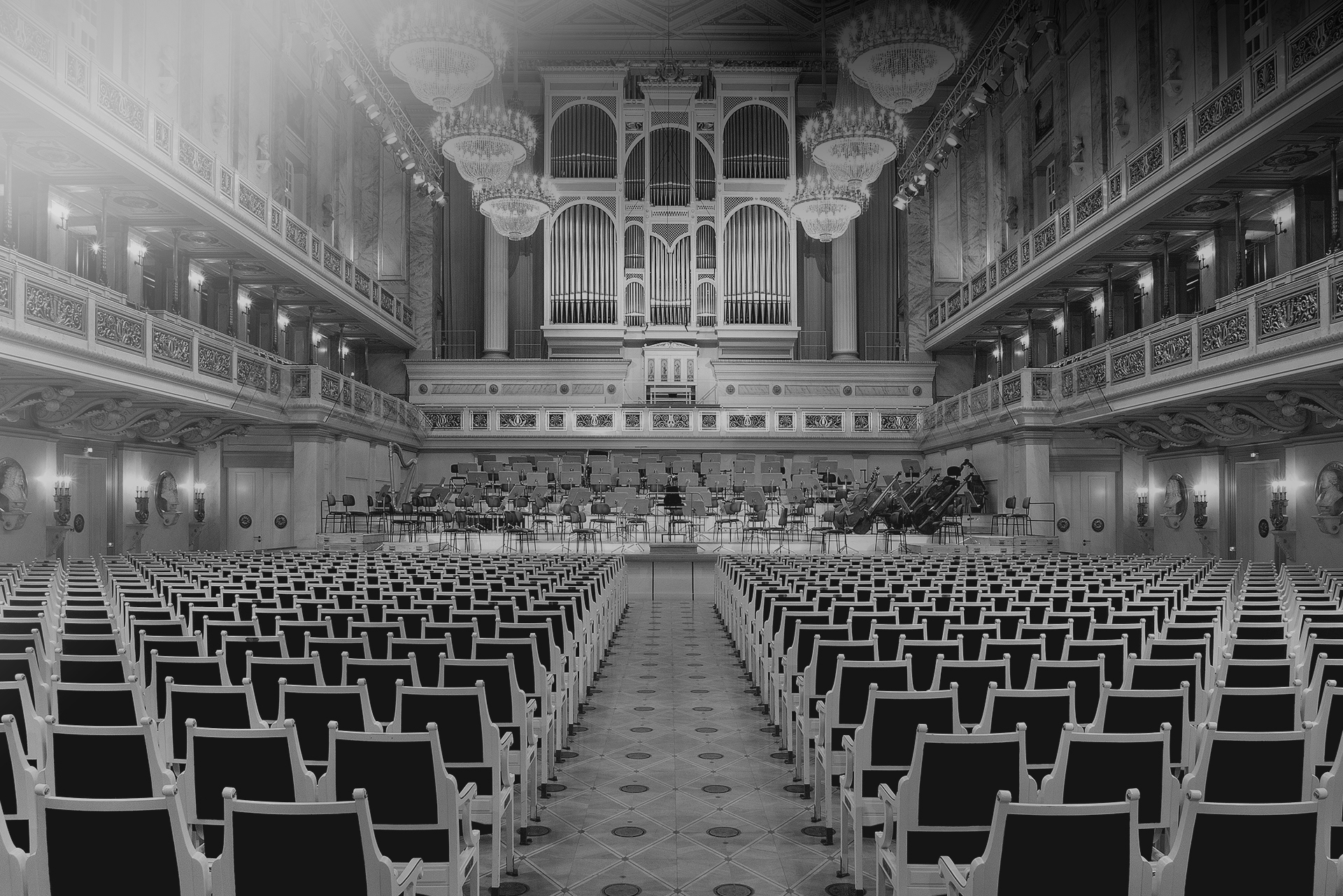 The collaboration with Frider Bernius is one of the very fulfillig works in the career of Johannes Krampen. He is valuing the engagement of Frider for the sung word and the self-organisation of biggest projects on highest level – always with meaning and understanding as also with humility to the music.

A great musician and conductor of our time.

The Musikpodium Stuttgart is not only organisating the Kammerchor Stuttgart – an ensemble of world level – it is also the home for three outstanding orchestras:

Johannes Krampen is considering hisself lucky to be a part in all three ensembles.

The Orchester der Kulturen is the only orchestra in the whole world with instruments and players from around the world.

The orchestra – founded in 2010 by Adrian Werum – is playing through the whole of Europe.

Since 2017 Johannes Krampen is the concert master of this fabolous orchestra.

The Bigband Steinbach is actually an event big band which produces once a year a wonderfully warm and atmospheric Christmas concert show. This superlative event, Adeste Fideles, is played in major venues all over Bavaria including the Herkulessaal in Munich.

A big band with a string orchestra, a large choir and a wonderful soloist –Jeanette Wernecke – all combine to make this concert evening a wonderfully reflective experience.

Since 2014 Johannes Krampen is concert master and soloist of this orchestra.

Meanwhile Johannes Krampen & his string-ladies are occuring to other concerts of the band too.

This orchestra, which consists of freelance musicians from all over the world, is what you might describe as Johannes’ musical home.

This historically orientated ensemble- playing on modern instruments with the support of traditional timpani, horns and trumpets- has been making music of world repute for the for the last 20 years. Their fabulous and ground-breaking CD recording collections such as the Joseph Haydn symphonies or the entire catalogue of the Felix Mendelssohn-Bartholdy symphonies (including the string symphonies) are talked about, listened to and played the world over.

Thomas Fey, founder and conductor of the Heidelberger Sinfoniker is considered to be the Haydn specialist of his day.

The Stuttgarter Symphoniker was a project where Johannes not only plays his part as concert master, violinist and spokesman, but also in an advisory and organisational role. The first tour in early 2012 saw the orchestra take on some of the biggest halls in Vienna, Leipzig, Dortmund and Stuttgart. It was a huge success for all the members of this young ensemble, who were lucky enough to experience working and playing with the extraordinary character and musician David Helfgott.

2016 will mark the release of a large scale cinema documentary about David Helfgott and the tour.

A further highlight is of course the legendary concert on 10th October 2014 at 20.14hrs in the Stuttgart Liederhalle.

Christoph Eschenbach appeared for the first time in Stuttgart as a conductor in this incredible venue. It was a fascinating and memorable collaboration.

In order to promote this unique concert Johannes founded a new trio ‘by courtesy of the Stuttgarter Symphoniker’ which celebrated its debut performance in the Cinemaxx Stuttgart on 09th October 2014: The Johannes Krampen Trio – see more on this site!